UPDATE: The Texas Department of Insurance announced this November that it will not be approving the dangerous arbitration provision. This summer, you and thousands of Texas policyholders signed the petition to keep the kangaroo court of arbitration out of Texas insurance policies. Your efforts helped preserve the vital legal rights of Texas families and businesses. But, the fight is not over. Help us defeat insurance lobbyists once again by signing this petition.

For the past two months, we've been sounding the alarms on an insurance industry proposal to force consumers who have been low, slow, or not paid on their valid claims into the secret, biased process of arbitration. Last week, our fight reached the ears of the insurance commissioner in a rare public hearing at the Texas Department of Insurance. Here's what happened:

i. Should policyholders have the choice to give up their rights to sue in exchange for a premium discount?

ii. Why now? What is prompting the need for mandatory mediation-arbitration clauses at this time?

iii. Would mandatory mediation alone be adequate to address the problems people think exist in the market?

iv. How is an appropriate corresponding premium discount calculated?

v. Would any disclosure be acceptable and if so, what would that disclosure contain?

2. Consumers' testimony Highlighted the issues policyholders already face with their insurance companies and their need to hold their insurers accountable in court.

3. A large coalition of consumer advocates from across Texas and the country testified to the secret, biased, and unappealable nature of arbitration. The advocates, including Texas Watch's Deputy Director Ware Wendell, focused on the unprecedented nature of the proposal, the proposal's contradiction of the insurance code and the departments' policy, and the inevitable spread of arbitration clauses in industry if the proposal is approved.

4. Texas lawmakers spoke out against the proposal via social media.

By different they mean outside Legislative oversight. https://t.co/1X0WnBYNqW

5. Commissioner Mattax did not announce a decision at the hearing and did not set a deadline to do so. 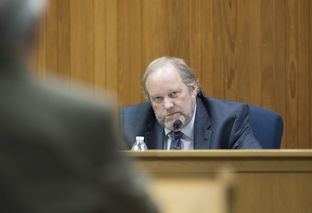 You can listen to the rest of the hearing here.