Texans for Liberty and Justice

Texans for Liberty and Justice is committed to protecting the “palladium of liberty” - the Right to Trial by Jury. We believe there is no statute of limitations on freedom, liberty, and justice. However, without the 7th Amendment Right to Trial by Jury, Texans’ personal and religious freedoms are in jeopardy. It is our mission to protect these “heart and lungs of liberty” and ensure justice for all Texans. 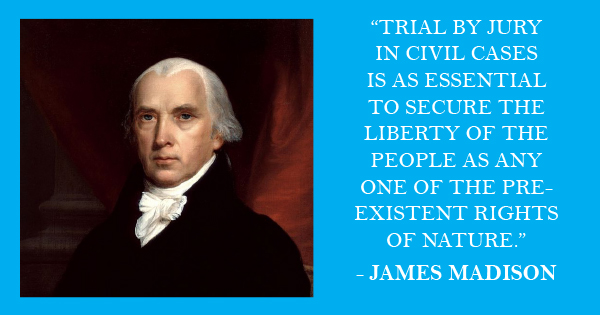 Our Right to Trial by Jury guarantees all other rights, liberties, and freedoms.

Juries are the smallest and most local form of government. They are designed to hold government bureaucracies and the ruling class at bay. They represent an essential check on power, allowing the people to protect themselves and their families from needless harm.

John Adams called Trial by Jury the “heart and lungs of liberty.”
But, our system of justice – entrusted to us by our Founders, built upon a bedrock of ancient Judeo-Christian values, and underpinning our free enterprise system – is under attack.
This assault degrades local control, emboldens the ruling class, and tears down the last remaining bulwark against attacks on our personal and religious freedoms.
We must stand strong against this attack. 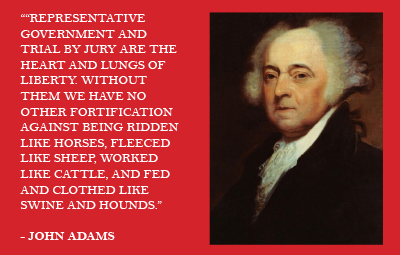 The Right to Trial by Jury is centuries old. The Constitutions of Clarendon in 1164 mark the dawn of the jury as a means to justly resolve disputes. The Magna Carta in 1215 promised free people “lawful judgment of his equals,” empowering citizen jurors as the most fundamental and final buttress against government infringement.

By the dawn of our nation, this fundamental right was already sacrosanct. In fact, our nation’s birth was in part predicated on the importance of this most fundamental right. The Declaration of Independence accuses King George III of depriving the citizenry “of the benefit of Trial by Jury.” To preserve personal freedom, the 7th Amendment to the Constitution of the United States guarantees that “the right to trial by jury shall be preserved.”

The Father of the Constitution, James Madison, ranked the Right to Trial by Jury as one of the citizenry’s most important rights. When he introduced the Bill of Rights in Congress, he stated, “Trial by jury in civil cases is as essential to secure the liberty of the people as any one of the pre-existent rights of nature.”

George Washington declared in 1788: “There was not a member of the Constitutional Convention who had the least objection to what is contended for by the advocates for a Bill of Rights and trial by jury.”

The Founders understood that Trial by Jury is an essential check on power, fundamentally safeguarding individual liberty. The jury represents the judgment of the local community on the acts of wrongdoers, whether those wrongdoers are the government, big business, or individuals. The unfettered Right to Trial by Jury is indispensable to the functioning of a constitutional republic bound by the rule of law.

The Texas Constitution reiterates the same fundamental right by stating in Article I, “The right of trial by jury shall remain inviolate,” adding that “all courts shall be open, and every person for an injury done to him in his lands, goods, person or reputation, shall have remedy by due course of law.”

The Right to Trial by Jury was central to the founders of our great state. The delegates to the General Convention on March 2, 1836, formally and forcefully aired their grievances against the Mexican government, stating in the Texas Declaration of Independence that the government “has failed and refused to secure, on a firm basis, the right of trial by jury, that palladium of civil liberty, and only safe guarantee for the life, liberty, and property of the citizen.”

Today, those same inalienable rights have been besieged by corporate welfare recipients who have been conducting a decades-long assault on our Constitution. 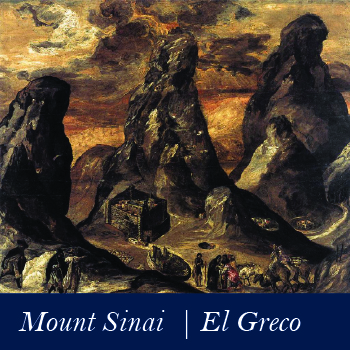 The Bible speaks at great length about what it means to act in accordance with justice. The timeless values contained in this sacred text form the foundation of our system of justice. Consider how the Law of Moses informs the law of man: “Thou shalt not steal. Thou shalt not bear false witness against thy neighbor” (Exodus 20:15-16 (KJV)). Harm to others and perjury is prohibited by the Commandments.

In addition to an unflinching and undiluted ethic of responsibility, Exodus clearly outlines the basis for ensuring a remedy for someone who is needlessly harmed by another’s negligence or malice:

Moreover, the Book of Deuteronomy speaks clearly to the need to maintain safe premises lest you cause injury to others: “When you build a new house, make a parapet around your roof so that you may not bring the guilt of bloodshed on your house if someone falls from the roof” (22:8 (NIV)).

These ancient Judeo-Christian values provide the basis for the modern legal concepts of negligence, intentional tort, and punitive damage law. 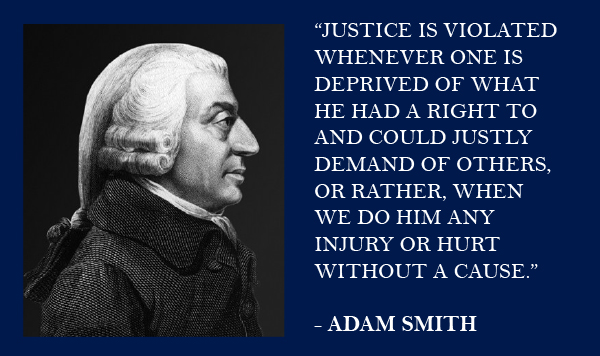 A functioning and fair legal system is fundamental for free markets to flourish. To ensure competitors rise and fall in the market for the right reasons – that is the value of their goods and services – the free enterprise system requires a reliable mechanism to enforce the duties that participants owe to one another and the public. The civil justice system is the enforcement mechanism that ensures everyone plays by the same set of rules. Without it, costs for needless harm are socialized, giving wrongdoers an advantage over competitors who play by the rules.

Adam Smith, the legendary Scottish economist and father of free market capitalism, referenced the primacy of justice in his Lectures on Jurisprudence: “The first and chief design of all civil governments is, as I observed, to preserve justice amongst the members of the state and prevent all encroachments on the individuals in it, from others in the same society. … Justice is violated whenever one is deprived of what he had a right to and could justly demand of others, or rather, when we do him any injury or hurt without a cause.”

Smith’s view illuminates the importance of establishing a mechanism to ensure that justice is meted out. The Nobel Prize winning laissez-faire economist Milton Friedman further develops this point by pointing out that civil remedies – as opposed to government bureaucracies – are the appropriate way to ensure accountability and proper market conduct. In an interview discussing the merits of tort litigation he said:

Friedman: “People should be responsible for harm that they do.”

Interviewer: “So tort law takes care of a lot of this.”

Interviewer: “If Lilly or Merck or somebody else comes up with a drug that does me harm, I go after them, I join a class action with everybody else who has taken that pill, and we sue them for billions of dollars and wipe out their shareholders’ equity.”

Interviewer: “Seeing that, they have every interest to be extremely rigorous in testing that drug before they make it available.”

Smith and Friedman shine a light on how a strong civil justice system is essential to the protection of one’s life, liberty, and property. These defenders of free enterprise stand in stark contrast to the cronyists who seek to manipulate the levers of government to their advantage. This undermines the market’s level playing field – which is essential to open competition – leading to a welfare system whereby disadvantaged market participants fail. Furthermore, without civil accountability, the cost of the harm is socialized, shifting the burden of a remedy to the taxpayers instead of the cheater. These types of bail-outs put government bureaucrats – not the market – in the position of picking winners and losers.

Despite special interest sloganeering that restricting legal accountability is “good for business,” destruction of the civil justice system actually undermines the free market. 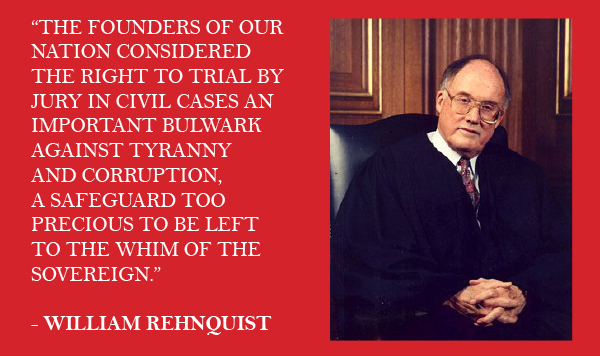 Today, our inalienable rights have been besieged by corporate welfare recipients who have been conducting a decades-long assault on our fundamental Right to Trial by Jury – a right rooted in biblical values revered by our founders and fundamental to our free enterprise system.

We must stand strong against this attack.

The open question is: Should we trust lobbyists and special interests to defend our individual freedoms? What about the bureaucrats in Washington and Austin? The answer is clear.

The lobbyists and bureaucrats will bend and bow at the altar of corruption, selling our individual freedom to the highest bidder at every opportunity. As William Rehnquist, Ronald Reagan’s nominee to Chief Justice of the Supreme Court, once put it, “The founders of our nation considered the right to trial by jury in civil cases an important bulwark against tyranny and corruption, a safeguard too precious to be left to the whim of the sovereign.”

Instead of giving government more power over our lives, we must empower the citizenry to defend our fundamental constitutional freedoms. Made up of a band of ordinary, uncorrupted citizens, juries are the purest and smallest form of government available, free of outside influences and hidden agendas.

There should be no statute of limitations on freedom, liberty, and justice. But these essential ideas will live only so long as there are people brave enough to stand up and fight for them.