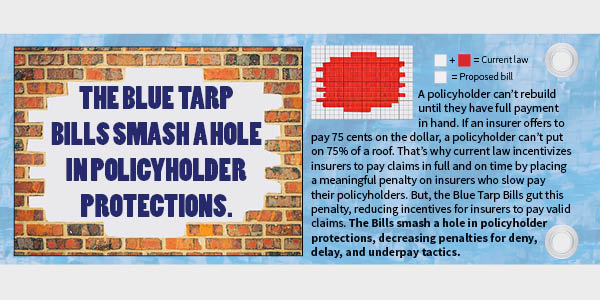 2. THE BLUE TARP BILLS BURDEN TEXANS WITH EVEN MORE DELAY AND COSTS. 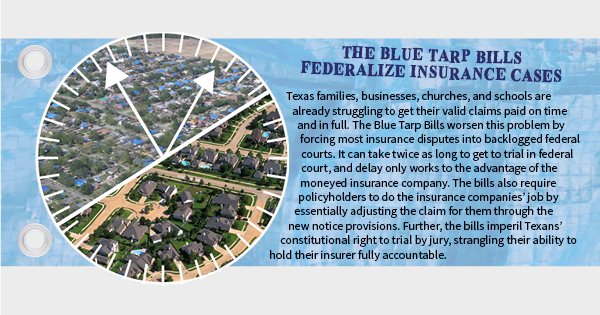 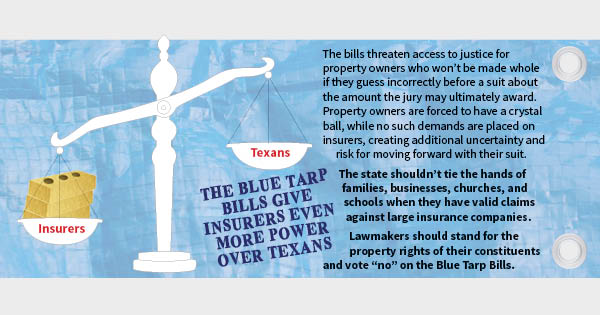 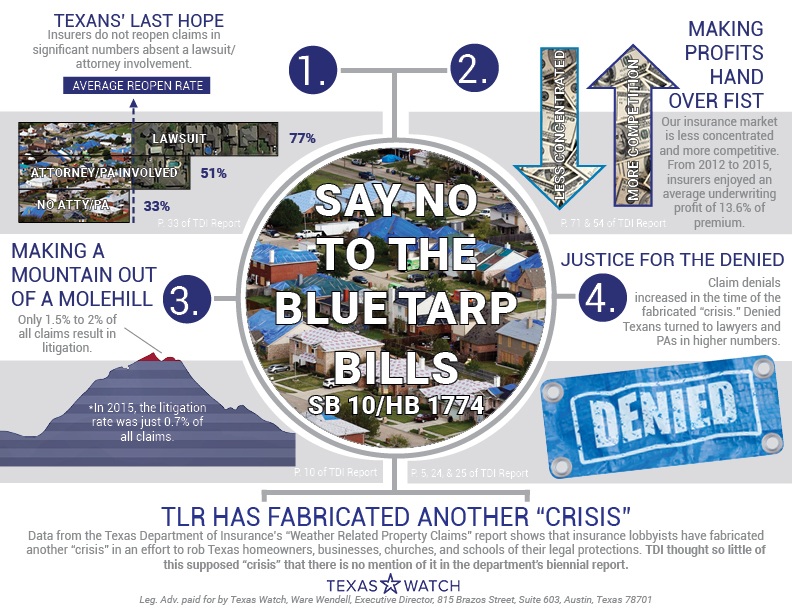 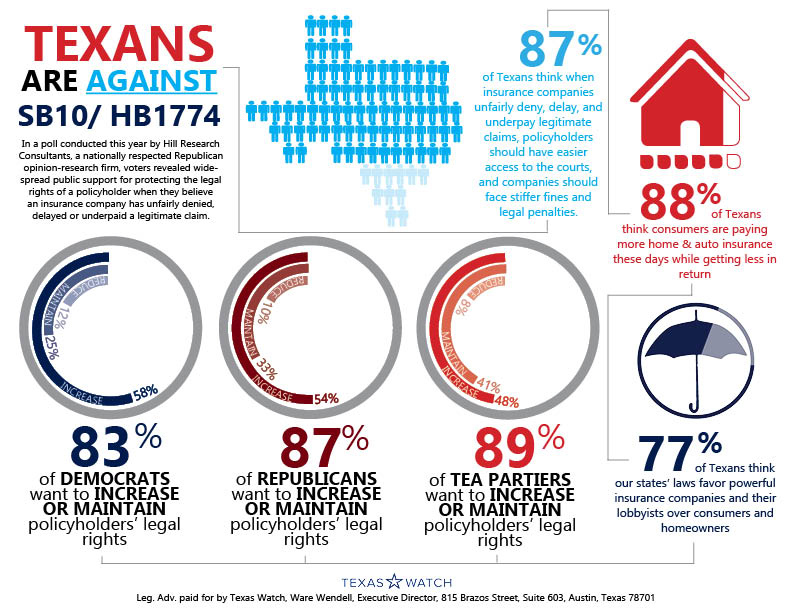 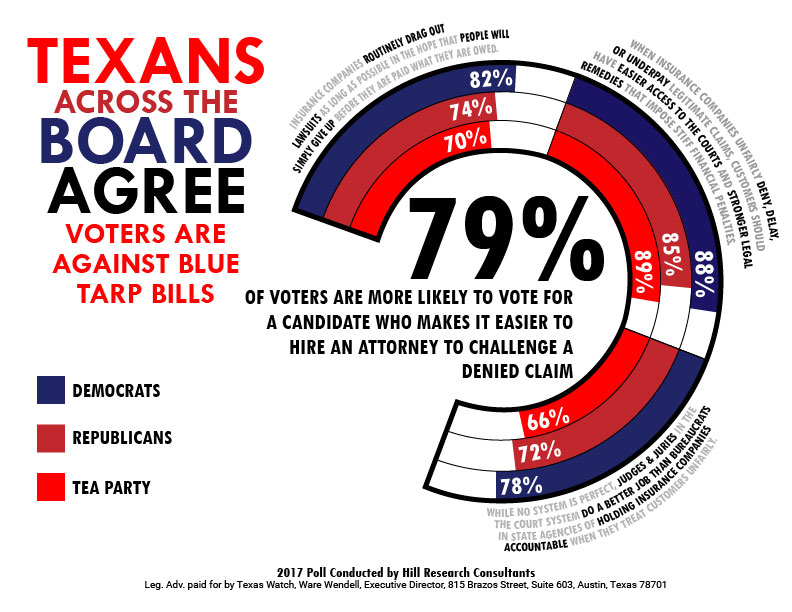 After years of fighting to preserve policyholder protections, Texas families and businesses have not backed down. Insurance lobbyists have repeatedly attempted to get off the hook for their deny, delay and underpay tactics. Last legislative session, Texas families and businesses banded together and beat back industry efforts. After their defeat at the Capitol, insurance bandits tried to sneak a dangerous provision into your policy, which would have forced policyholders into the biased kangaroo court of arbitration. But, your efforts once again kept them at bay. Now, insurance lobbyists and their puppets and proxies are back at the Capitol for your rights. Texas Watch and our activists will not back down in the fight to #protectpolicyholders.

Too many Texas policyholders have endured a second storm of insurance abuse. Now, insurance lobbyists are after policyholders' last line of defense: their legal protections. Watch the stories of Texans who have been unfairly denied, delayed, and underpaid here. 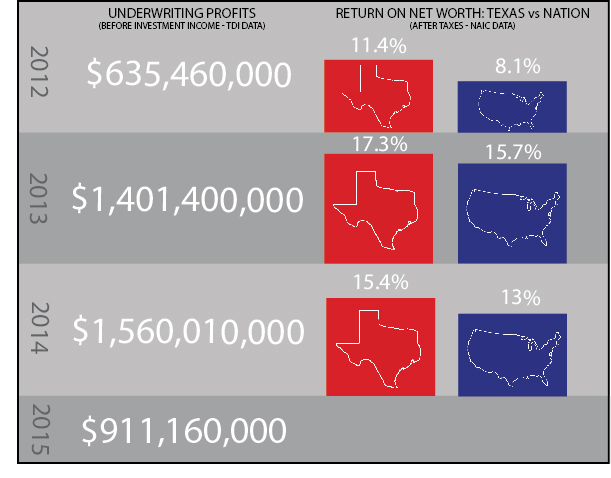 In the years that insurers have claimed a crisis, carriers have raked in billions. Outperforming the nation in profitability for three years running, Texas homeowners insurance carriers have been making profits hand over fist.

When the Laws Work, Let them Work

Any public insurance adjusters intent on running cases and scamming the public receive no quarter in Texas. SB 10 and HB 1774 tip the balance in favor of insurance companies, which would have catastrophic consequences for the Texas economy. 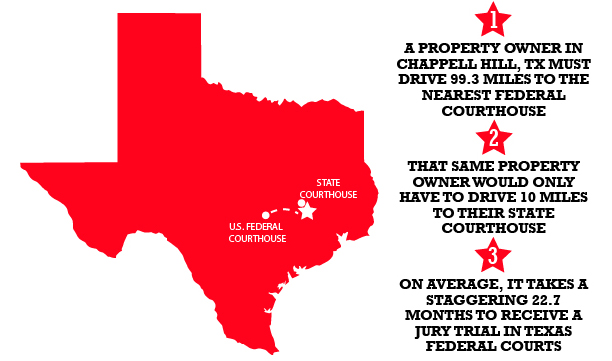 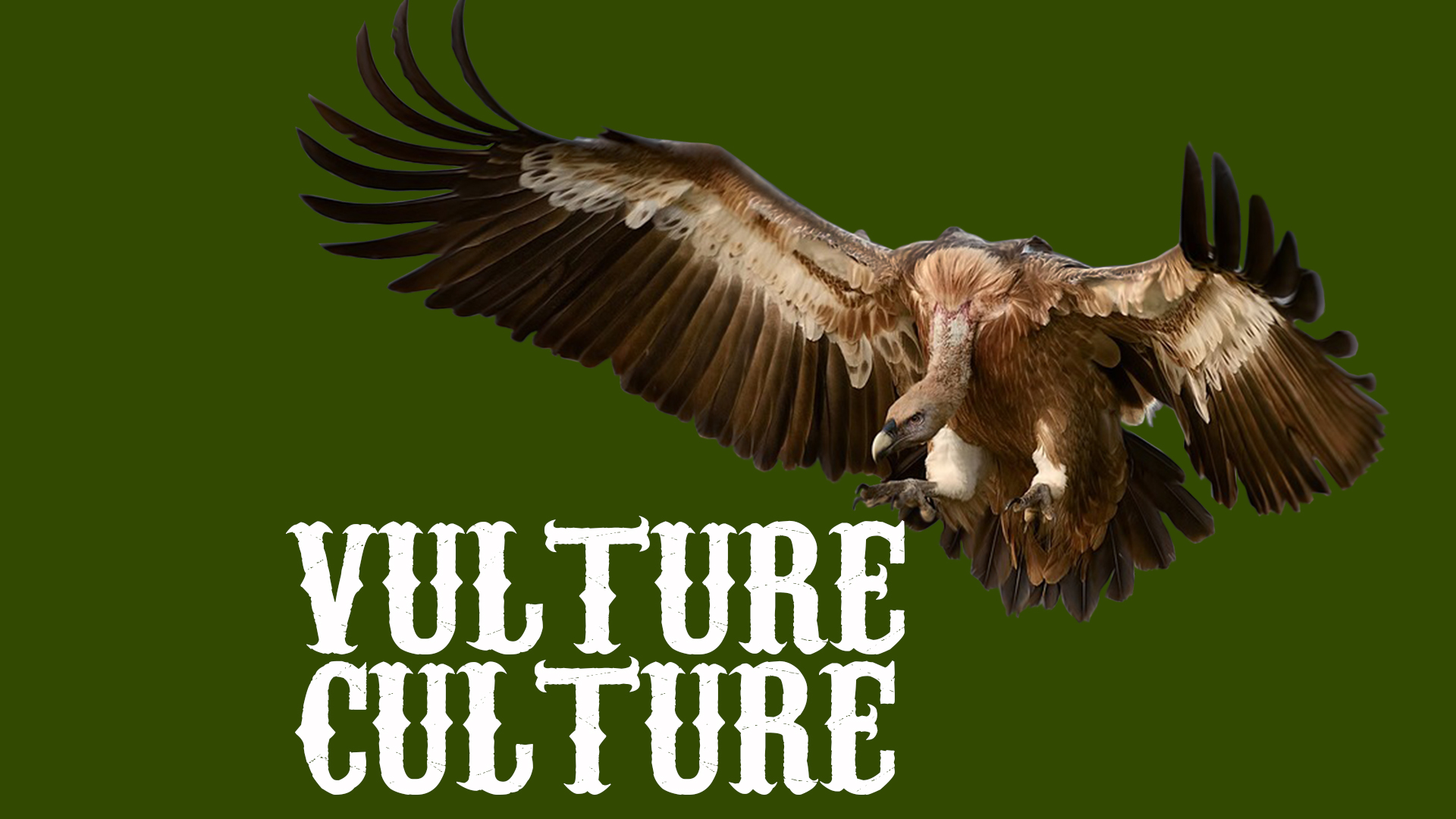 Over the past few decades, fraud and abuse by our nation’s largest insurers has come to light, revealing an insurance culture that preys on its policyholders. The #BlueTarpBills, would let insurers off the hook for their unfair practices and put policyholders in an even weaker position to hold them accountable. Learn more about abusive insurance practices here. 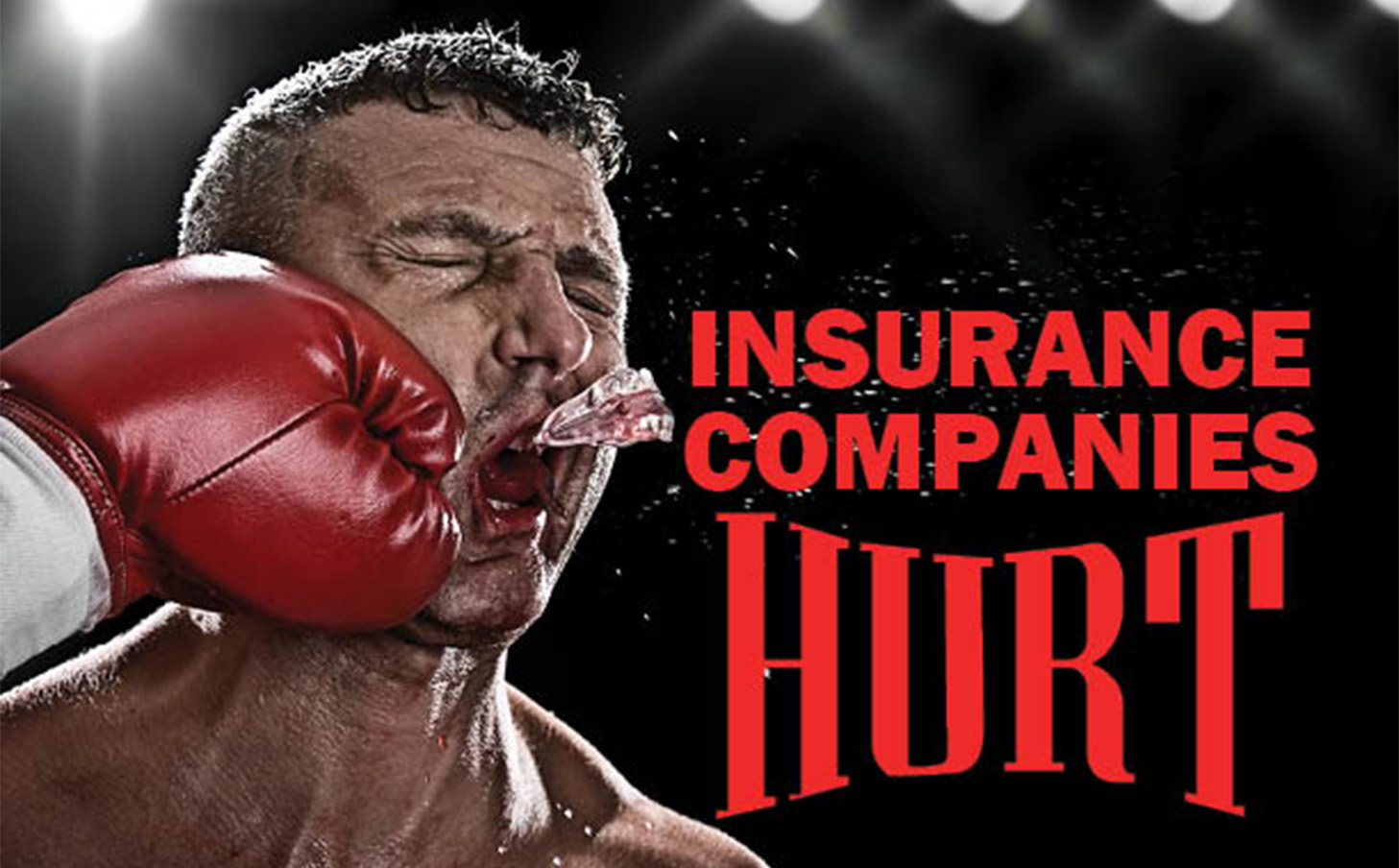 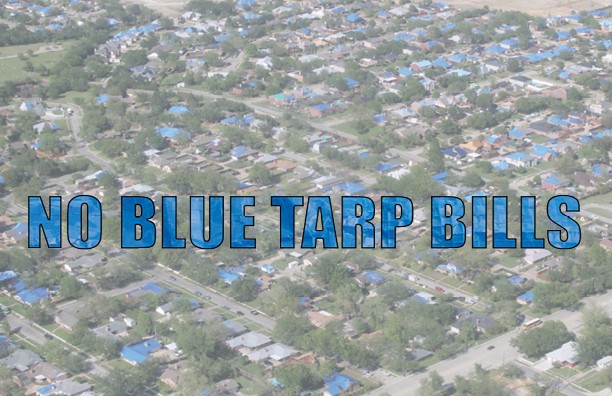 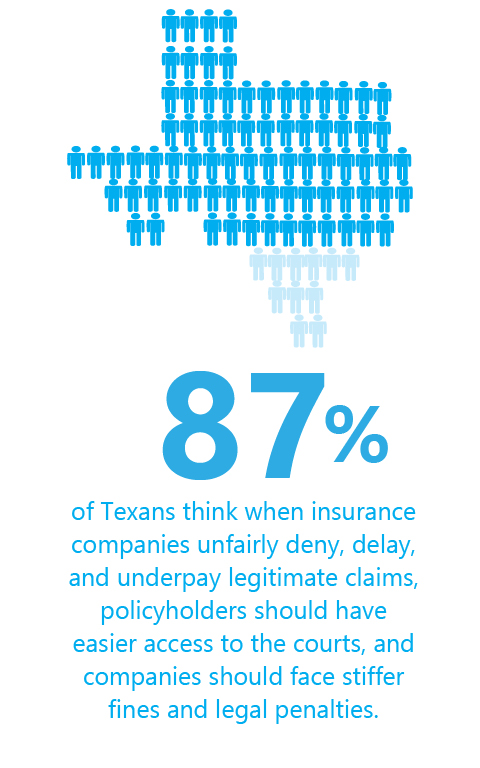 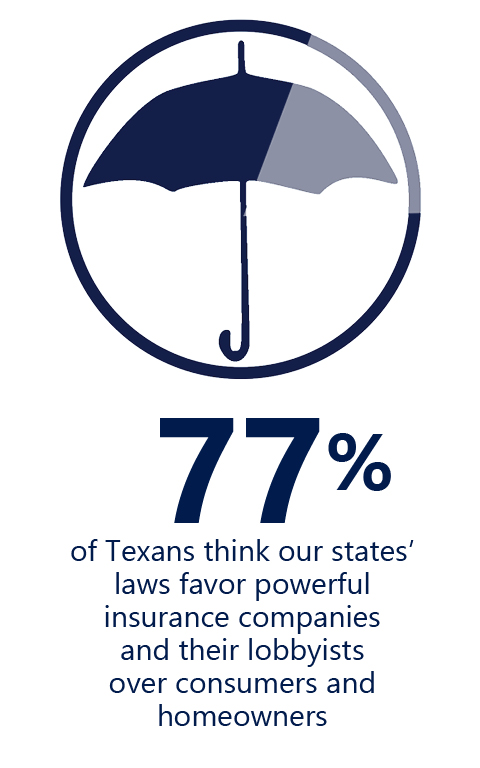 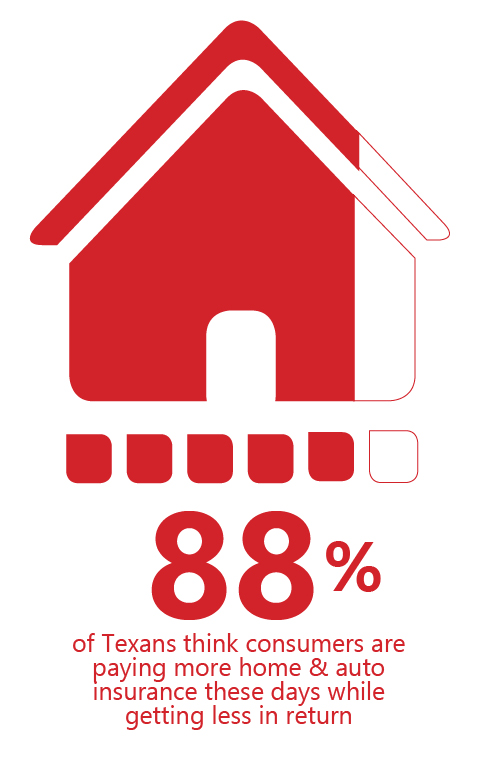 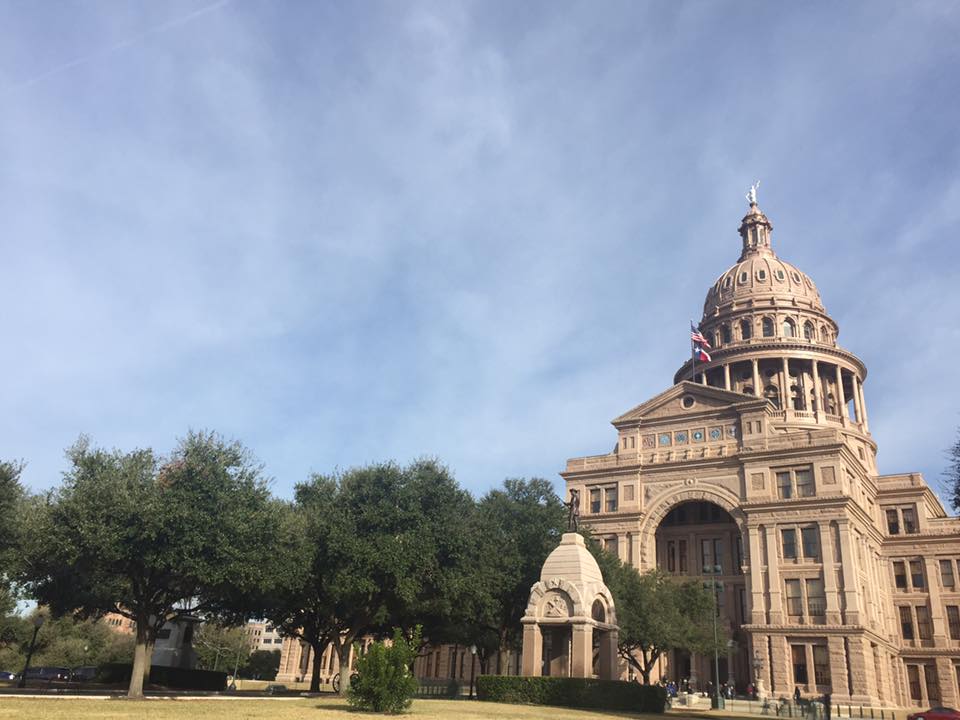 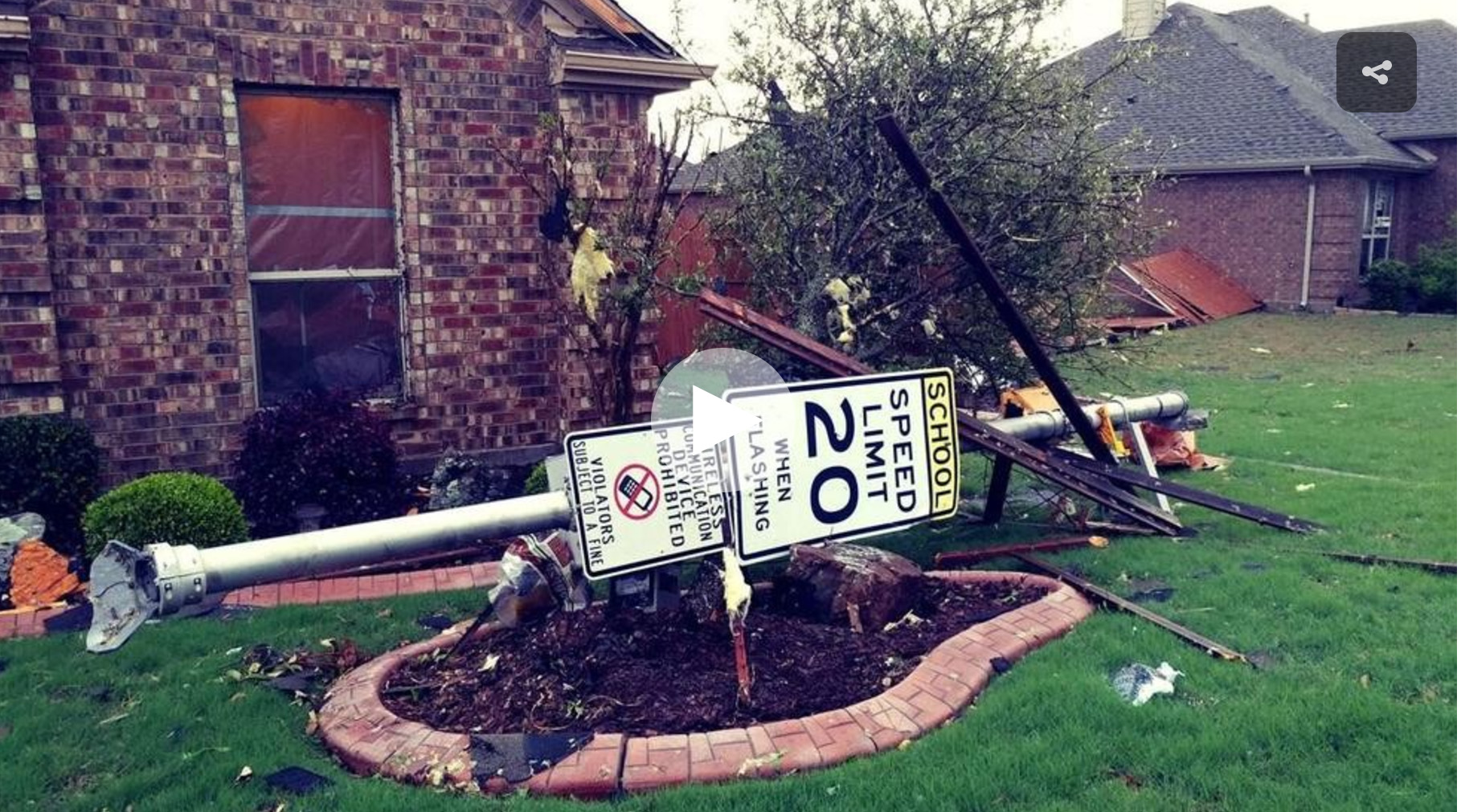 CBS Austin: Getting insurance to pay for storm damage may become harder Caller-Times: Taking away insurance customers' recourse is not reform 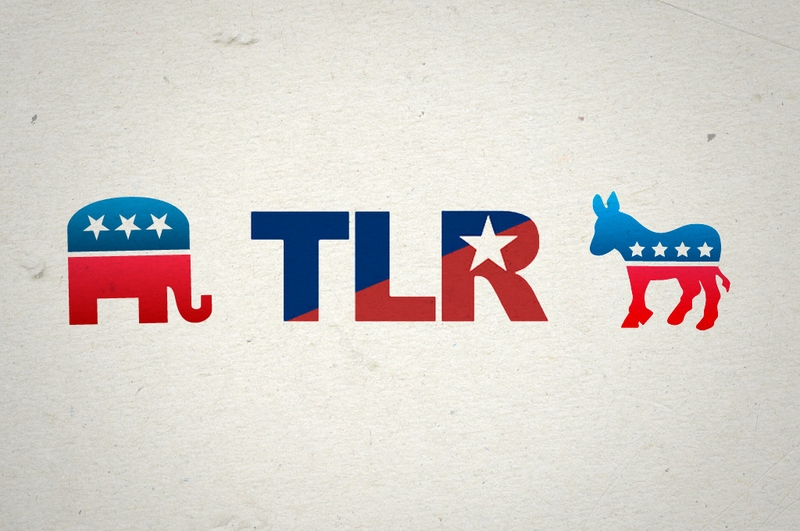 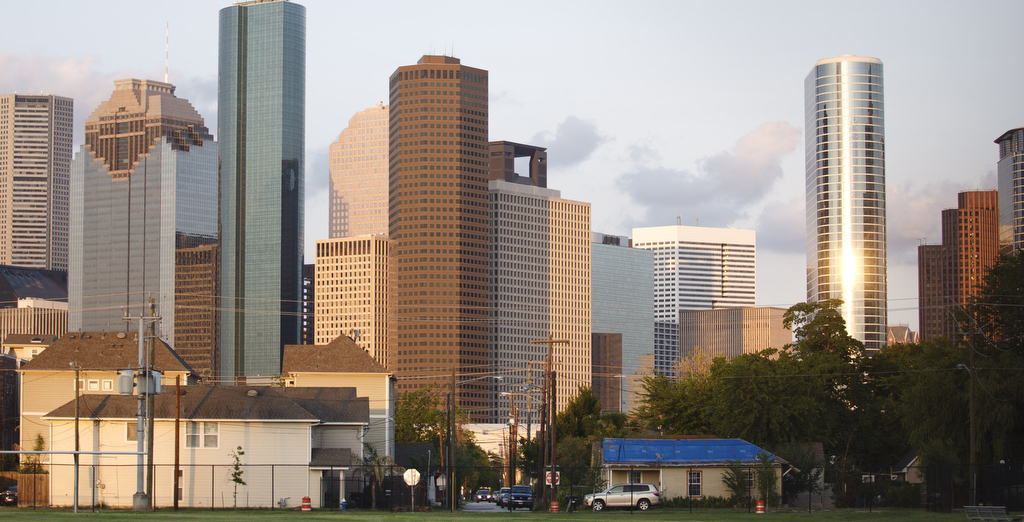 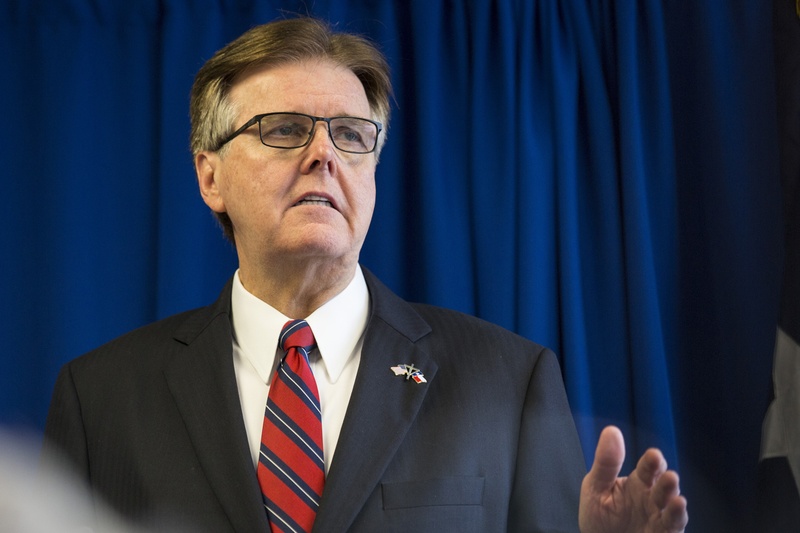 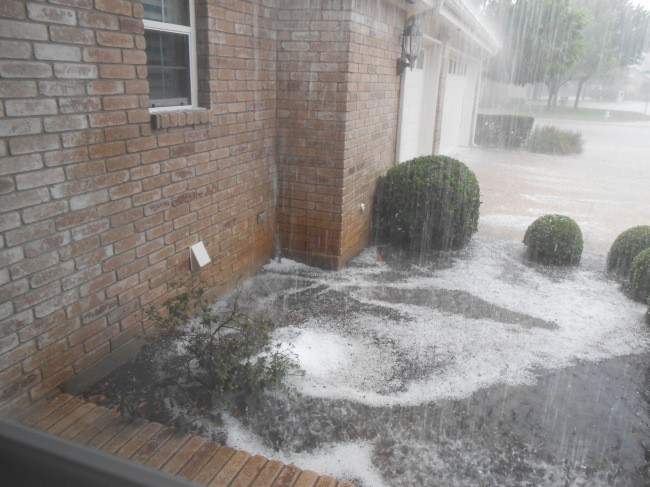 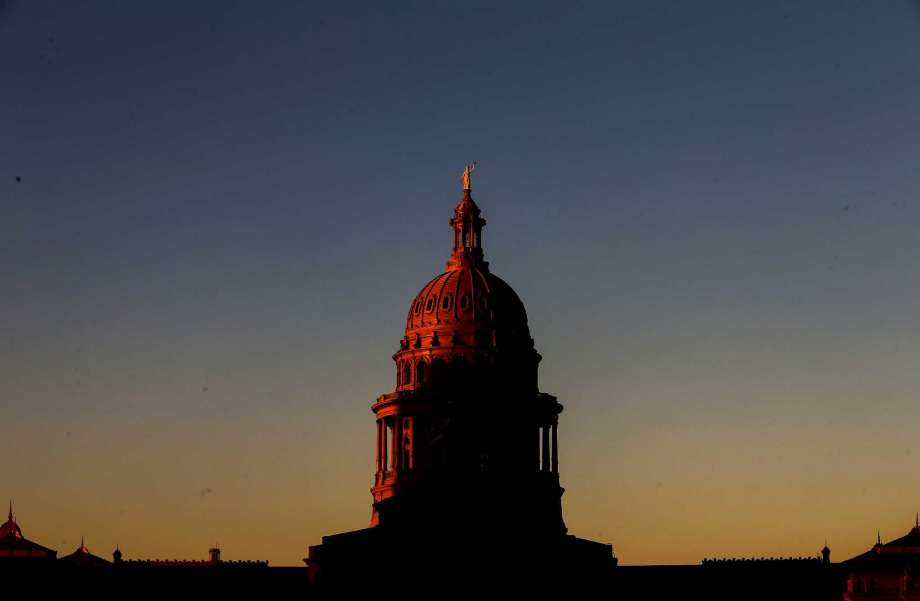 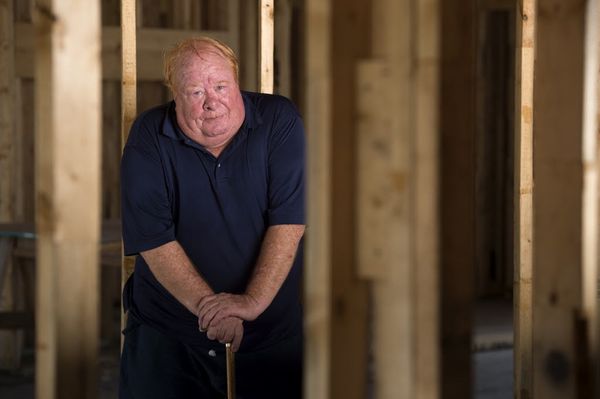